The Celts were squashed between the Germanics pushing south, and the Romans pushing north. Around the time of the birth of Christ, they were either annihilated, or merged into new peoples. There are still celtic ethnic groups today in Ireland, Scottland, Wales and Brittany. The Celts menaced the Roman Empire repeatedly.

15 before Christ, the Romans prepared for retaliation. Nero Claudius Drusus, emperor Augustus' stepson, crossed the Alps in 15 before Christ and, over the Fernpass and through the defile, reached the Alpine foothills.

The roman poet Horaz describes the encounter of the Romans and the vindelician Celts at the Alpine foothills as: „As a deer, relishing the lush pasturage, would look upon a lion and expect death by a stranger's teeth, the Vindicians looked upon Drusus as a commander at the foothills of the Rhaetian Alps.“ Drusus defeated the celtic Vindelicians.

The main settlement area for the celtic tribe was the area at the Lech: The well-known celtic tribe of the Vindelicians settled here. As a sub-group of this tribe, the Likatier had a settlement area between Augsburg and the Alps. The name „Lech“ itself has celtic roots. For the Celts, it was called Licca, which probably meant something along the lines of „the rapidly flowing“. But there are other interpretations as well. The connection between the name of the river and the name of the „Likatier“ tribe is obvious. The Lech coursed through the heartland of the Vindelicians. Not too far from Pinswang one can still find remnants of celtic settlements today.

Closest to Pinswang lies the former celtic settlement called Damasia. Its remnants can be found at the Auerberg between Füssen and Marktoberdorf. It is about twenty kilometres of a bee-line from Pinswang! Also not far, between Schongau and Landsberg lay Abodiacum, today called Epfach. And finally, within reach, lay the most important city in celtic Vindelica – Germany's oldest city – Cambodunum, called Kempten today. In Pinswang one can find the remnants of an old celtic Viereckschanze. In the proximate neighbourhood to the north are even more of those. According to the latest research, Pinswang is the southernmost one of them. The compound corresponds to the typ of the so called „celtic Viereckschanze“. So what's this celtic Viereckschanze all about? A Viereckschanze like that was a holy temple district. The name „Schanze“ is a rather unfortunate name, that would imply a military fortification. But the celtic Viereckschanze has nothing in common with that. It merely served the function of an optical demarcation for the holy district, in which the druids would go about their spiritual business.

The local saga still contains the annihilation of the Celts in the battle against the Romans (15BC). This saga plays out a short way north of Ehrenberg. It tells the story of the decisive battle in the walled-in celtic fortress of Damasia, today called Auerberg: „The battle raged so wildly and fiercely that the women, after the men had fallen, hurled their infants into the Romans' spears to save them from slavery and servitude.“ In 15 before Christ, the Romans crossed the Außerfern for the first time; 46 after Christ they built the Via Claudia Augusta. In 476, the Western Roman Empire perished. In 480, the last Romans pulled out of what today is known as Austria. The roman dominion thus spanned, even in Außerfern, nearly half a millenium – exactly 495 years.

All this you can comprehend very well. In the beginning of the journey through time, the celtic and roman camps stand opposite one another. The presentation of the Romans and the Celts is on the highest historical niveau!

On the way to Augsburg, the following road stations stand secured: Imst, Nassereith-Fernpass, Biberwier (flawlessly excavated), Bichlbach-Lähn, Breitenwang (in the report of today's church) & Füssen. The Via Claudia Augusta served the Romans well from 46 to 480 – so, throughout 436 years. Where there were roman roads, there were also roman road stations. There are no notices about their existence in the Außerfern. The roman road network, which approximately spanned 80,000 kilometres until the end of the Roman Empire, was divided into stations of two different ranks. Spaced about twenty roman miles (about 30 kilometres) from one another, there were road stations of the primary rank, which also had possibilities for an overnight stay. Between those, so, every ten roman miles (about 15 kilometres), there were stations of the secondary rank, that generally served only for exchanging horses.

There is no proper reason to assume that this system for the roman road network had not existed in the Außerfern. But where were these stations? Let's assume the roman Humiste (Imst) as a starting point and the roman Foetibus (Füssen) as an end point. Between them, there are quite exactly fourty roman miles (about 60 kilometres). Hence, there had to be one primary roman road station and two secondary stations between Humiste/Imst and Foetibus/Füssen. If we divide this distance up, we can find Lähn at Bichlbach quite exactly twenty roman miles from Humiste/Imst as well as Foetibus/Füssen!

Of this Lähn at Bichlbach we already know that it had been called Mittewald in the past and even in the Middle Ages served as the most important station on the way through the Außerfern. So, where were the secondary stations – the horsechanging stations? If you count ten roman miles from Humiste/Imst, you reach the foot of the Fernpass near Nassereith. Half of the way between Lähn and Foetibus/Füssen, we find the subsequently renamed Breitenwang. According to a certain logic, the other stations had to be in the area of Nassereith and Breitenwang. 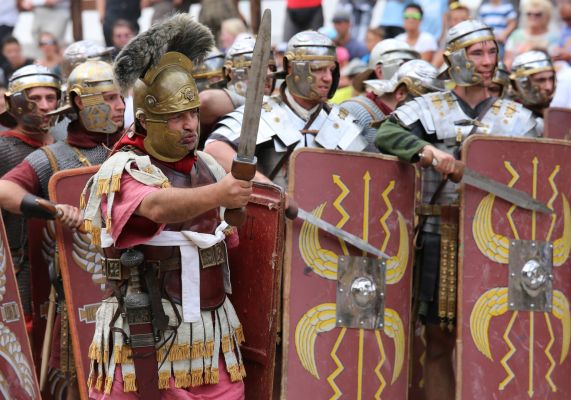 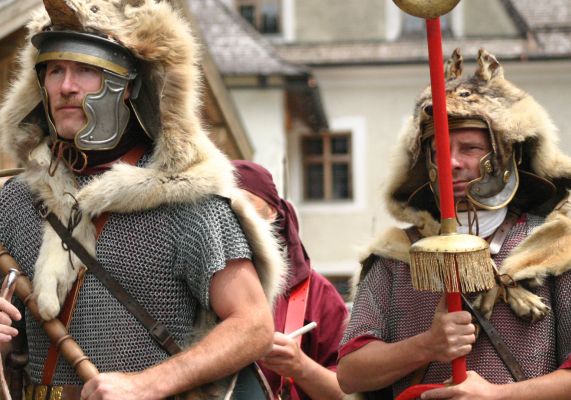 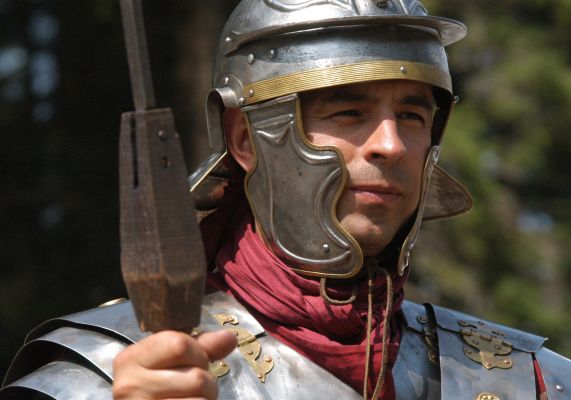 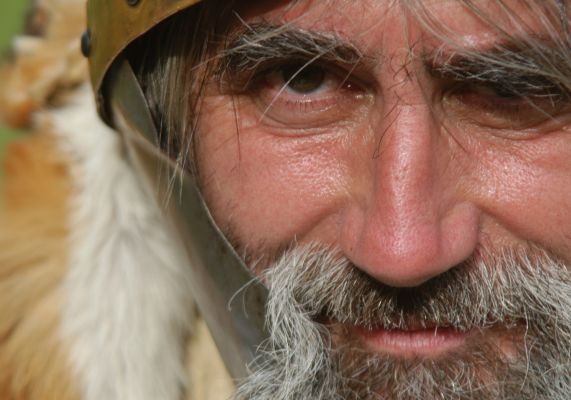 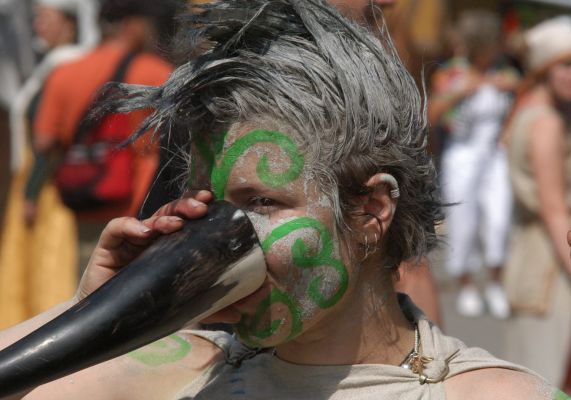