The last great defense effort of the Außerfern was the building of the „Fortress at the Schlosskopf“ on the so called „Hornberg“, that towered the Ehrenberg castle. Today, we know it as the „Großer Schlossberg“. As early as 1645, master builder Elias Gumpp made references to the strategic point. The experiences of the year of 1703, when cannons were carried onto the Hornberg from Rieden to retake the fortress of Ehrenberg below, revived these old plans. The construction began in 1726 under the supervision of imperial engineers, yet it was ceased due to unknown reasons.

On the 28th of August 1733, a solemn laying of the foundation stone was conducted. Specially for this, the abbot of the St. Magnus monastery came from Füssen and consecrated the foundation stone in company of the priest of Breitenwang and the guardian of the franciscan monastery. The foundation stone had the following inscription (translation from latin): This consecrated castle enjoys the honorary title of „honour“ and „mountain“; for this, in the 23rd year of the rule of Karl VI over the Roman Empire, as his serene highness prince Franz Eugen of Savoyen was first commander of the imperial troups and the general field marshal lieutenant Johann Gaudenz of Rost was the war director of the lands in upper Austria, the canonically elected abbot of Füssen, Dominikus and fortress commander and imperial colonel at the same time, knight Andreas Johan of Pach, under the assistance of canonically elected priest Johannes Holzmann and the venerated guardian of the Reutt monastery, Bernhard Mans, lay the foundation stone.

Barracks with bombproof vaults With the expansion of the high castle, underlying bulwarks were renewed as well. Only one year later, in 1734, the first bulwark was completed: It was the bulwark, through which we step into the so called „Schlossangerl“ even today. An inscription remains, that indicates that the construction was built under the roman emperor Karl VI, of „gods graces, king of Hungary and Bohemia, archduke of Austria, duke of Burgundy and count of Tyrol.

Now, the construction proceded quickly. Until the year of 1741, the high castle was completed, save for the roof. The fortress had a fortified wall that ran around the whole mountain top, an artillery with 16 cannons and barracks with bombproof vaults. In times of piece, only a small garrison was posted to guard the cannons and the provisions. Due to the lack of a spring, a cistern needed to be dug. Word has it, that the whole construction consumed as much as three million guilders, a humongous sum, that must have been overestimated despite the size of the construction. Conveyance after 41 years. In the year of completion, in 1741, after Maria Theresia took over rule, it seemed as if this new fortress could soon achieve importance. The elector of Bavaria raised a claim to the austrian hereditary lands as well. A war followed, that was ended by the Peace of Füssen in 1745. The Ehrenberg garrison was reinforced by 400 men.

From Ehrenberg, two attacks on Hohenschwangau were undertaken in 1743, without Ehrenberg experiencing any threat of war. This giant fortress would never achieve military importance. It was abandoned 41 years later in 1782, along with all other fortresses.

Timetable for the history 15 before Chr. Until 1814

War events at and around Ehrenberg

Conflict between the Duke of Bavaria and the bishop of Ausgburg. Bavaria wants to use the power vacuum which resulted from the fall of the duchy of Schwaben and annex Füssen which belongs to the bishop of Augsburg. It was in Tyrol's interest that Bavaria does not cross the river Lech and and supports the bishop. Ehrernberg is prepared for battle but the war does not start.

Conquest of the castle in Loch which belonged to the Hoheneggern in Vils. Through Tyrols expansion into the north, conflict is stirred. The castle in Loch is conquered by the Tyrolean rules allowing to grow Tyrol right of the river Lechs up to Pinswang. It is not known how or if  Ehrenberg was involved in this conflict.

The battle with the Appenzellern starts with Duke Friedrich IV.'s support of the abbot of St. Gallon. The Appenzeller approach Tyrol and beat the Tyroleans at Zams but retreated shortly after. A part of the contingent used the far pass and the Tannheimer valley to go to Immenstadt. There has not been a military conflict because who would fight a retreating army?

The Appenzeller again penetrate Tyrol's borders, this time through the Flexen pass into the Lechtal valley which then is occupied. The Swiss history speaks of the surrounding of Ehrenberg which has no proof. The battle of Martinau is probably just a legend.

The confusing council of Constance Friedrich helps the alternative Pope to flee in Constance and is banished. The cities Kempten, Kaufbeuren, Memmingen and Augsburg send troops and mercenaries against Tyrol.
Ehrenberg is under siege from April 8. - 23. but the siege is aborted without success.

To stop the revolt from spreading further Ehrenberg was prepared for battle. Concessions for the peasants appeased tensions and the desire for a revolution was quenched.

The Schmalkaldian mercenaries arrived on the 11. of July at defile shortly before midnight and conquered the defile without resistance because the local defenders did not resist. The defile was retaken through bombardment from the Falkenberg (today Hochschanz) on the 4. and 5. december 1546  which forced the Schmalkaldians to retreat.

The emperor's troops rested in the valley of Reutte without any protection. Kurfürst Moritz von Sachsen attacked them and defeated them decisively. A part of the army under command of duke Georg von Mecklenburg used the night to circle the defile and stood south of it on the 19. Mai 1552. Through the attack from both sides the defile was taken but the Kurfürst did not attack the castle.  On the 29. Mai 1552 the raiding troops retreated over Ehrenberg and Reutte.

In the war Füssen was was conquered by both sides of the war. On the 29. July 1632 the dukes Bernhard and Ernst von Weimar arrived at Reutte, razing the city. They scouted Ehrenberg but did not attack before being ordered back to other war theatres on the 31. July.

The Bavarians started to siege Ehrenberg on the 1. Juli 1703 coming from the far pass. After the threat to raze Reutte again and pressure from the citizens Ehrenberg was turned over to Bavaria on the 6. August.

Even though the castle at Schlosskopf was build for this war, there were no battles. 1743 soldies stationed in Reutte attacked Hohenschwangau.

On the 29. April 1945 the defile was conquered. At the Katzenberg one US soldies died when scattered Nazi soldiers opened fire from Schlosskopf. 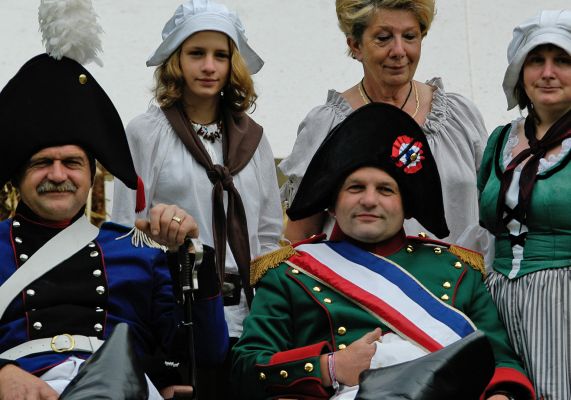 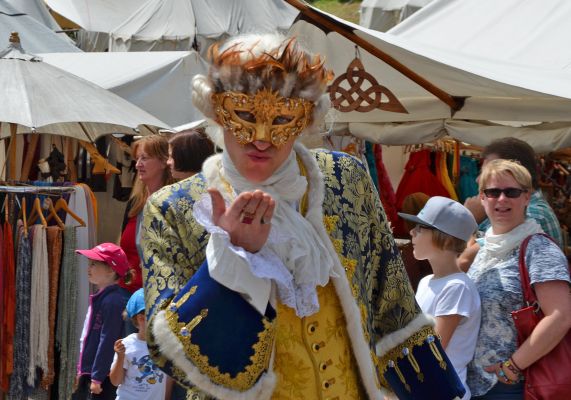 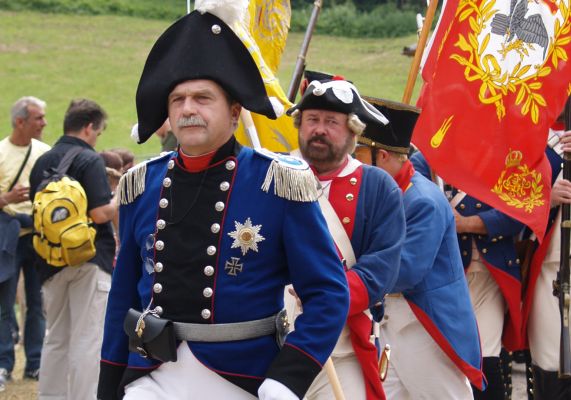 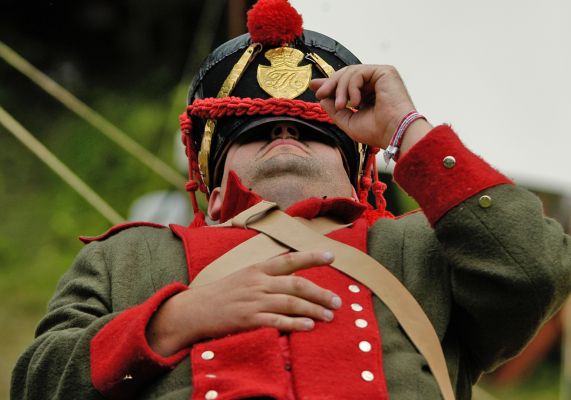 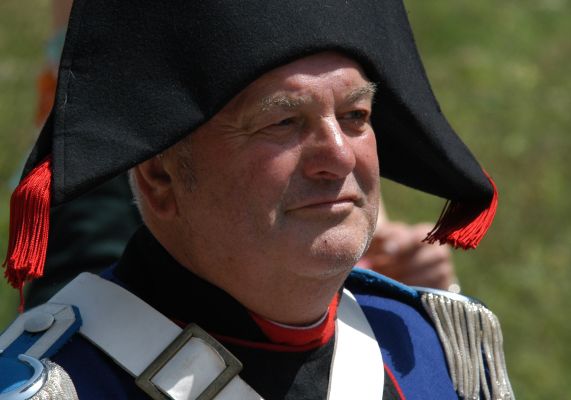